With #229 coming out next wednesday, a mere 2 weeks after the latest issue, it is high time we take a look at Savage Dragon #228. 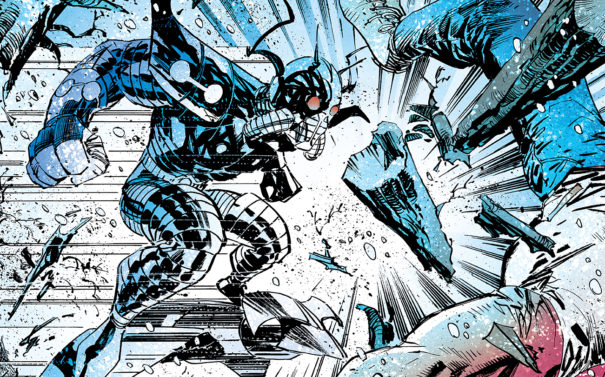 The Seeker. Savage Dragon #228 is supposedly all about the Seeker. A villain that fans have been clamouring to see again. A character we hardly know anything about. It has been nearly 15 years since his last appearance and the solicitation promises: “At long last — all of his secrets are revealed!”

Something big came up 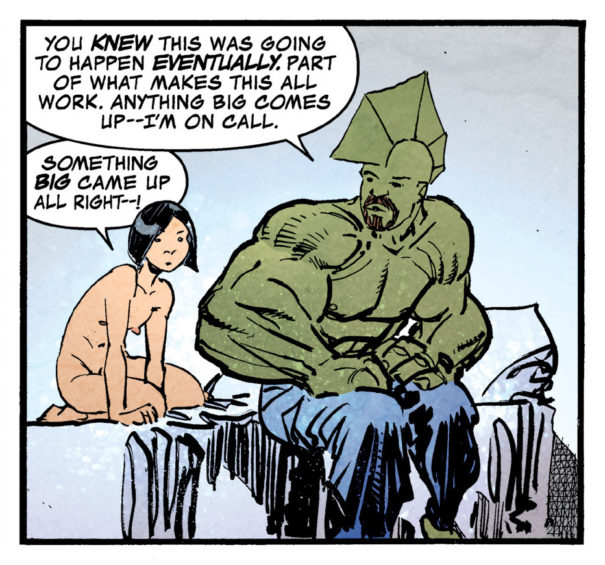 Yeah, reread those speech bubbles carefully: “Something big came up” and “You knew this was going to happen eventually”. It’s not just a funny pun, it seems as if Erik is hiding a meta-comment on the issue itself in the dialogue between Malcolm and Maxine.

A few weeks ago Erik went onto Facebook and posted the following:

Wondering how many Savage Dragon readers are straight up onboard with whatever the hell I do?
How far can it stray before I’d lose you?

What if it was funny animals? Animated style? Pornography? Romance comics? A Western? Those left seem to be enjoying the ride immensely.

A big part of the joy of doing this book is following my muse — be it Jack Kirby, Frank Miller or R. Crumb.
So what (if anything) would have you saying, “okay — I’m done here.”

Let’s not beat around the bush here — no pun intended — those pages are clearly pornographic. They are openly displaying (some pretty absurd) sex scenes and Erik is doing it just for the heck of it. He stated a couple of times that he is currently influenced by Robert Crumb and anyone slightly familiar with Crumb’s work knows what that might allude to…

Sometimes I do stuff just to do stuff. Been on something of an R. Crumb jag lately and admiring his complete lack of self-restraint. That doesn’t mean that this is what the book will be like from here on out. 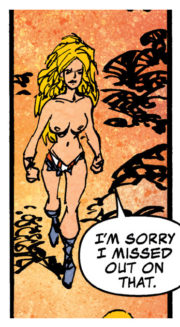 So, in a way, this is liberating and, down the line, will become more natural and easier acceptable. And who knows, maybe it will help bridge the gap between the graphic display of violence and sex in american comics in general — a topic that keeps coming up…

As for the Seeker: The big reveal is — as it seems — there wasn’t much of a story behind him. Not every character is connected to someone else. Erik recently addressed something similar on Facebook regarding Star Wars — saying that connecting all the dots eventually makes a universe smaller and less believable. It’s no less true when it comes to Savage Dragon.

So while we may not have seen the last of the Seeker’s tech, the character himself was most likely really nothing more than a bounty hunter working for Cyberface — who never got the memo that the former world leader has long bought the farm…

On a closing note: that panel of the Seeker attacking Malcolm looks like a nice homage to the cover of Savage Dragon #87 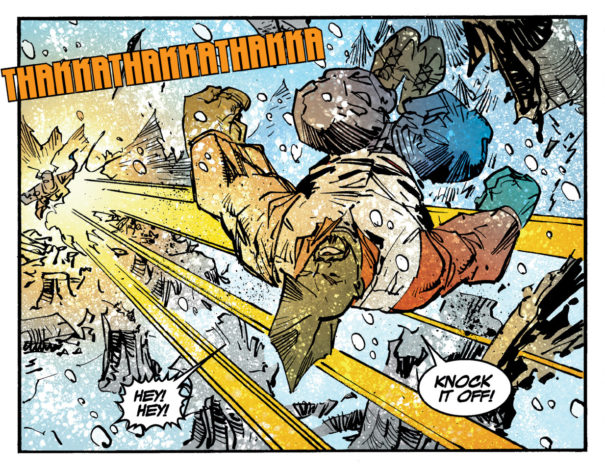 Here are some reviews of the book