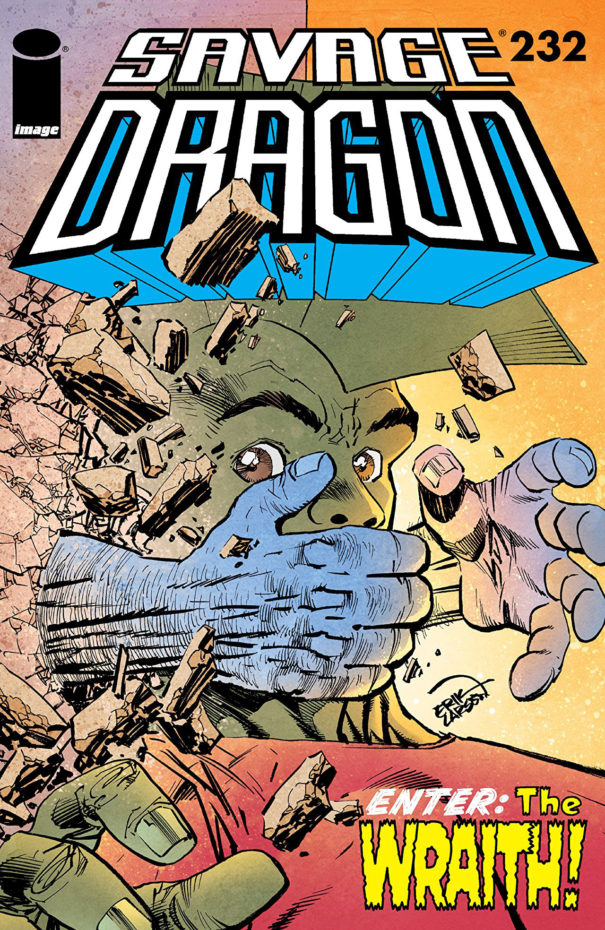 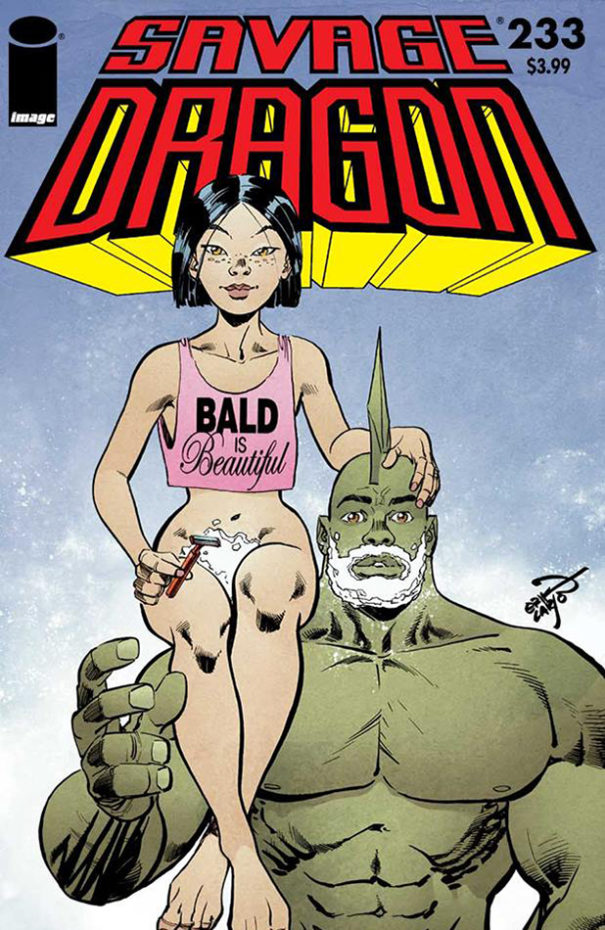 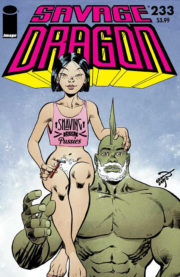 The cover for 233 has already gotten some attention on social media and while a lot of people seem to get the joke, there were also voices of concern. Apparently displaying a comic with a cover like that can still cause trouble in this day and age – at least in an “all ages” section. But, Savage Dragon isn’t an all-ages book and it has officially been rated as “M/Mature” for a while…

Erik also has a slightly different version of the cover online and asked people which they prefer. What do you think?